View source
watch 01:36
We're Getting Mutants in the MCU - The Loop
Do you like this video?
Play Sound

5'11", black hair which shines golden in the sunlight. Typically wearing lamellar armour and carrying a spear.

Valeria is from a war-torn village in the Hundred Kingdoms where she and her younger sister were shunted around within foster care. Her affinity for learning brought her to work for the temple, where she became an acolyte and an expert at healing battle wounds. In recent years the fighting became so bad that she at times had to leave the halls of healing to join the ranks defending the village. A disease broke out, and she was chosen to travel to Nexus to buy a cure, but she Exalted on her way there. The Unconquered Sun cured her village and set her on a mission to help heal the world.

Having joined Rey and Jorek, they set off on a mission to improve Nexus as a stepping-stone to greater things. After the fire in the fighting pits, she treated the wounded and discovered her ability to appeal to the masses. Gaining the moniker "Angel of Nexus," she has a cult following and a certain amount of fame in the region.

After leaving Nexus, she became aware of her feelings for Speaks-of-Silence, and found herself unable to "do the right thing" by resisting her desires. Since then the two have become lovers, and finally admitted their love for one another once reunited on the airship.

Since returning to Nexus she has found herself growing apart from her Circle, but is focused on accomplishing her goals even if it means sacrificing her friendships.

1m – A light shines from the tip of the spear and points in the direction of whomever is suffering most within a 500 metre radius.

10m – In a decisive attack ignore initiative and instead deal damage equal to the number of health levels your target has previously caused a patient you have treated.

10m, 1wp – On a decisive attack that would kill the target, instead do no damage and render the target in a death-like state until such time as the spear is removed. 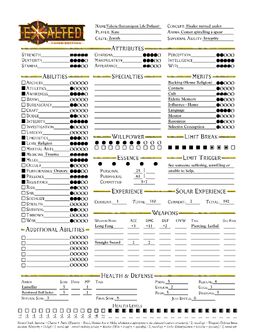 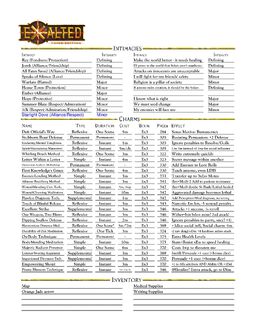 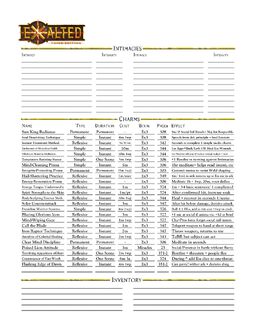